So a couple of weeks ago now I went into London for the first of two days, both of which were set to be some of the greatest experiences of my life. One of my favourite bands of all time, Arcade Fire, were playing in Wembley and I had tickets to see them… twice! I was standing on the Thursday, with my friend Dan, and then seated with none other than my mum on the Friday!

So, Thursday came, after booking the tickets back in summer 2017, and we hopped on the train into London. Making the most of the day, we first headed to the South Bank, to visit the Tate Modern Gallery, which recently’s opened a new building full of new art. 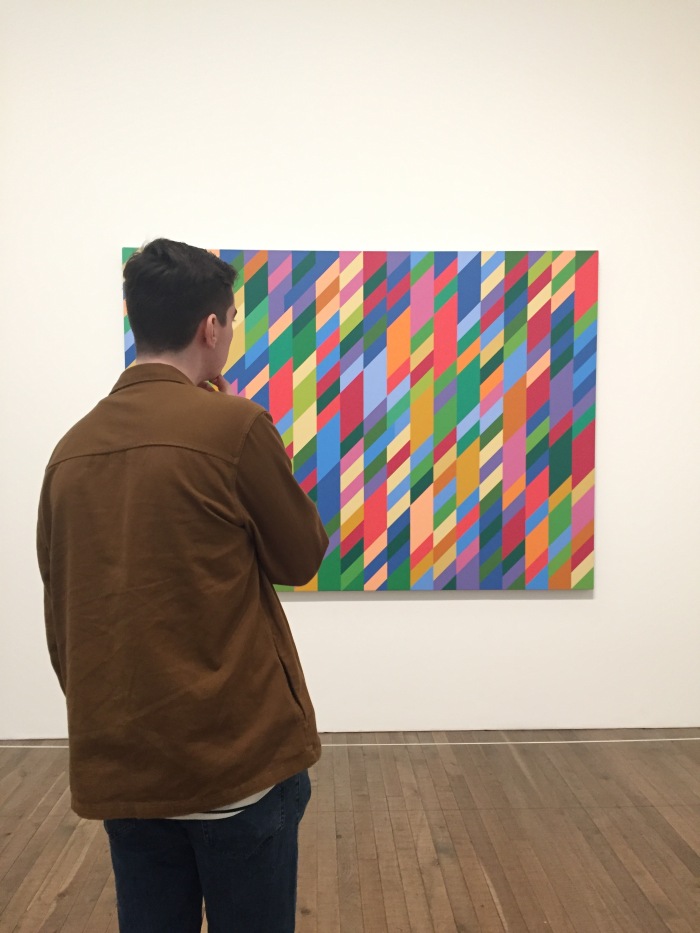 I’m always up for an art gallery, and the new building was v v enjoyable; I recommend for sure! We took some photos for insta (check me out @jvrrvdsvul) and then headed on to Wembley.

We didn’t plan to stay on the barrier, but after arriving kinda early we saw that there was plenty of room still, and so it would be rude not to! We’ve seen the band a couple of times before, but never been super close, so this was a moment we couldn’t pass up on! And boy were we close! The stage was a square in the middle of the audience, and the band rotated as they performed.

H O L Y M O L Y it was good. Like so SO good. The setlist was incred, the lighting was incred (though being at the front we didn’t see much), Jarvis Cocker came out as a guest, and basically it was faultless. The whole thing was euphoric, life affirming stuff. I can’t rave about it enough. I was just so happy I could do it again the next night!

The next day I had dissertation work to do, so couldn’t head up so early with my Mum. We went for a quick Katsu curry before entering Wembley nice and early so we could sit and chill with a coffee, and then a beer.

The experience was e n t i r e l y different but equally as incredible. We were at the other side of the stage to the night before, so I saw a lot more of Win and Regine, and from further back I could see the entire spectacle that was the light show. There’s nothing like it. This time we had Florence Welch as a guest, performing Dog Days, and then Boy George performing Karma Chameleon. Both were insanelyyyy good, and came back out for the final song Wake Up, which was so so cool. My mum said after the show that it was the best concert she’s ever been to, particularly high praise considering she saw David Bowie in her prime!!

No photos can do either night justice. It was just the most incredible of nights and I’m still not over it! I’m just sad it’s going to be years before I see them again! An incredible band, at their best live.

Thanks for reading! Make sure you’re following for my next posts coming sooooooon!