The Dutch trains well and truly failed me yesterday. I was hoping to get a nice and easy direct route to Tilburg, which should’ve taken no more than 40 minutes. However, all of these direct trains were cancelled and I had to get two trains with a 30 minute wait in the middle!! So, my trip to Tilburg was delayed, and I couldn’t see as much of the city as I’d have liked.

The sole purpose of my visit was to go and see Paramore, an American band I used to L O V E back when Riot! came out 10 years ago. It’s so crazy to think how excited little year 7 me would’ve been to go to this gig last night, and it was a good old hit of nostalgia. But to be fair to Paramore, they’ve consistently released good music since, so I wasn’t just looking forward to the old songs.

I got to Tilburg and noticed the giant cathedral which you could see from pretty much everywhere, and not much else… because as soon as I got into the city centre I could see a giant queue. It snaked down 5 roads. Honestly, I worked out earlier I’ve been to about 47 gigs now, and this was the longest queue I’ve ever been in considering the doors were already open. I’ve queued for like four hours for bands before, but that was before entry was open. Security was extra tight here, no one was allowed to keep their bags on them in the venue and there were metal detectors and pat downs for everyone, which is a sign of the times I suppose.

The venue was great- pretty small for such a big band, and, being on my own, I found a spot about midway back, where I would be able to chill.

The support band were an LA girl group called Bleached, who were pretty good but I won’t really get into them I don’t think..

Then Paramore came on, and they were great! I’d seen them once before, headlining Reading, but this was another level. The small venue was full of energy and so were the band. Newly rejoined Zac Farro made it feel like I was seeing the proper Paramore, and they didn’t just focus on the new album. They even covered Fleetwood Mac, which was very cool. 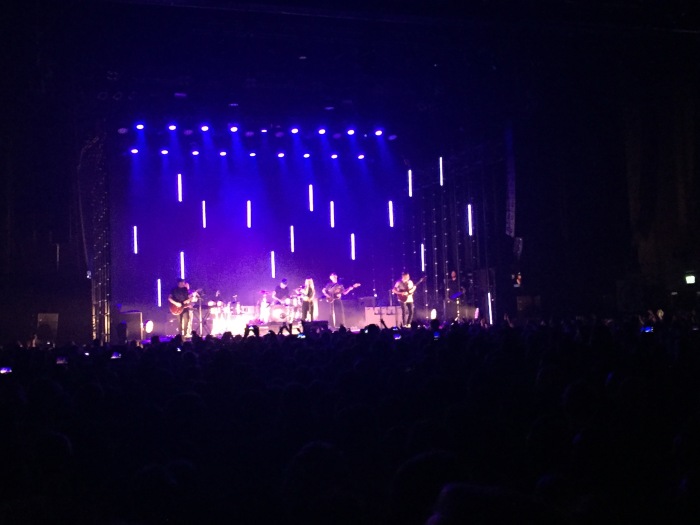 They were backed by some tall strips of lights which made for a pretty good display in a small venue, and I have no complaints from the show- it was really good!

Unfortunately I didn’t get to see any of Tilburg, and this would be my one downer of the day, but the gig was my real purpose of going and I can easily pop back to the city if I fancy it!

Thanks for reading! Please feel free to give me a follow, and on all my social media too!!