I’ve visited a fair few cities over the past year- 21 to be precise, and that’s only including ones I’ve been to for the first time, not in my home country. I’ve enjoyed every single one, but some more than others, so I thought I’d run down my top 5. 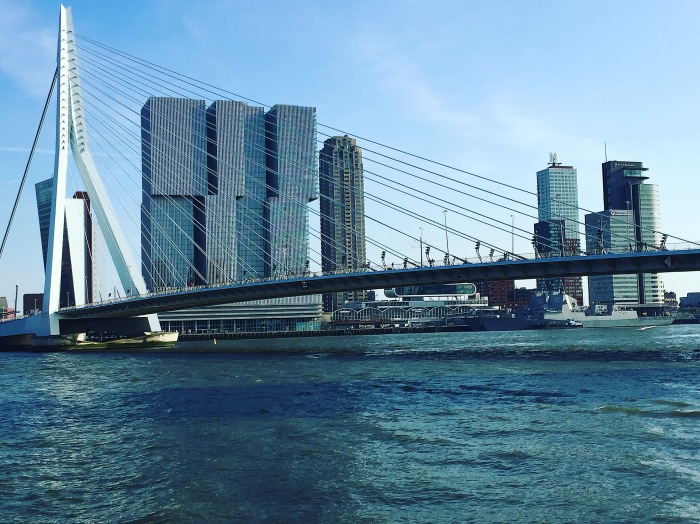 Living in The Netherlands, and travelling round the country, can get very samey. until you get to Rotterdam. The city was nearly entirely destroyed after the bombings in the war, so it’s a very modern place which prides itself on incredible architecture. In fact, I think this would be the best city I’ve ever been to if rated on architecture alone. The buildings are insane! There’s the houses which are up in the air and diagonally set. 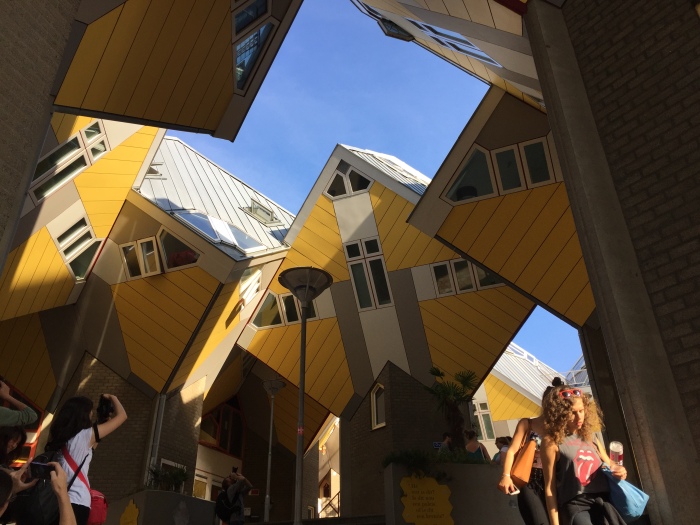 Then there’s the indoor market, in an enormous building with giant fruit tiled the whole way round. It’s actually spectacular. The food sold inside it is pretty great too! 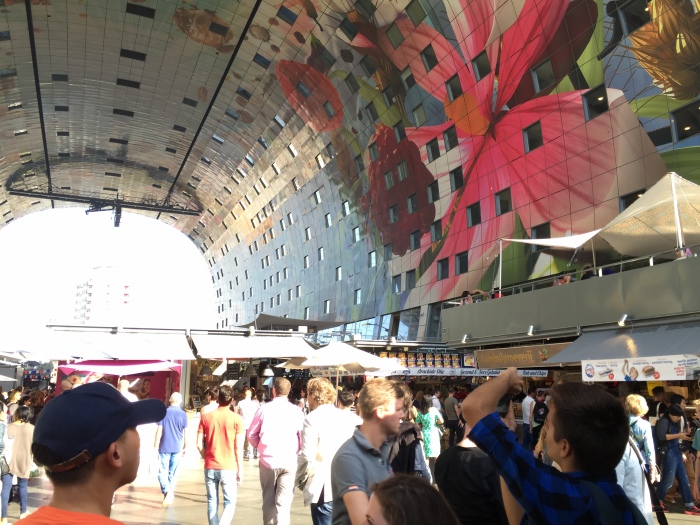 The city is a really great one for a leisurely visit, with lots to see, eat and drink. I really enjoyed my time here and I’m sure I’ll go back again before the year is out! 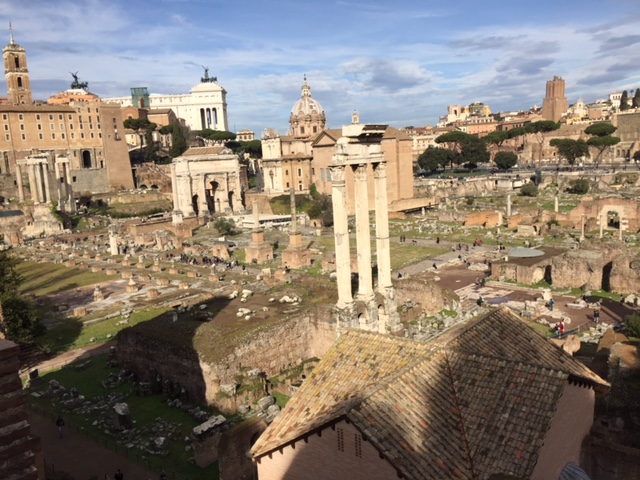 I once read that Rome has the most landmarks per square mile of anywhere in the world. This might be a load of rubbish, but it certainly felt true when I was there. Every single turn has something new to see. The history of the place is insanely interesting, and more than that, it’s insanely apparent. You can really gauge a sense of what went on, because the buildings are still standing! 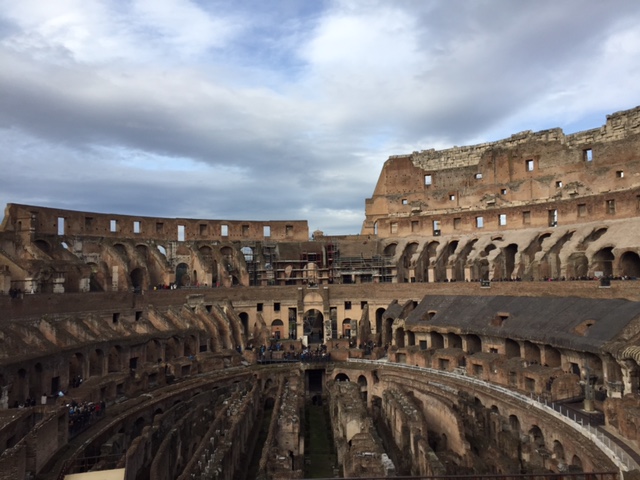 The city centre itself is still home to loads of attractions like the Trevi fountain and the Pantheon, so literally anywhere you stop for dinner or drinks has a great atmosphere. The only thing that stops Rome from being higher up my list is the fact that the pickpockets and scammers are relentless, you can’t relax too much, and I’ve heard in summer it’s horribly busy. Aside from this fact, the city is b e a u t i f u l and I loved my trip here. 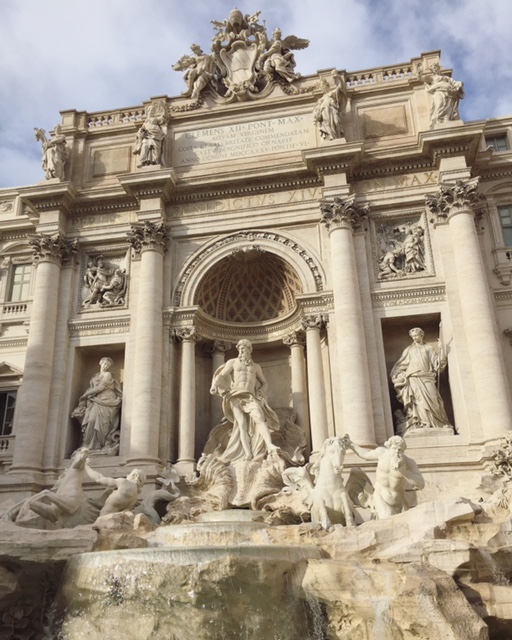 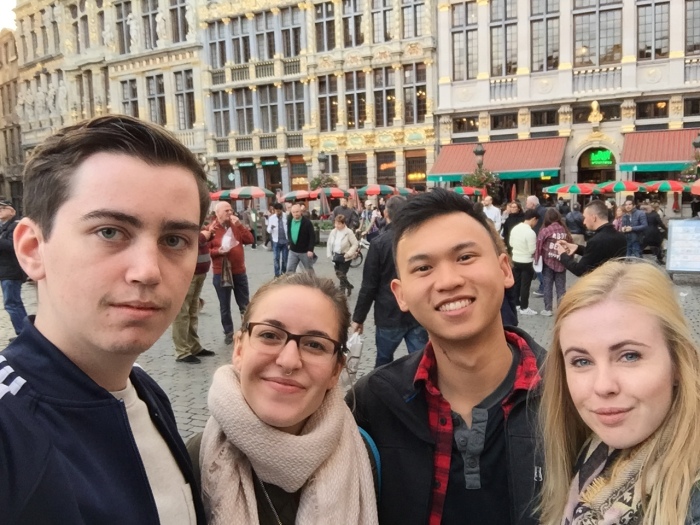 I was reluctant to put Brussels on this list, because I’ve certainly been to more beautiful cities, cleaner cities and safer feeling cities. BUT… I had an amazing weekend in Brussels, and so it holds a part of my heart. It is a beautiful city, don’t get me wrong! The central square left me almost speechless, and at sunset the buildings literally glisten! Perhaps more importantly, the beer in Brussels was sensational! We went to a Delirium run bar (a Belgian beer company) and asked for recommendations. The bartender let us try samples of lots of drinks before we made our decisions and I had an incredibly tasty beer that I don’t remember the name of *cry*. 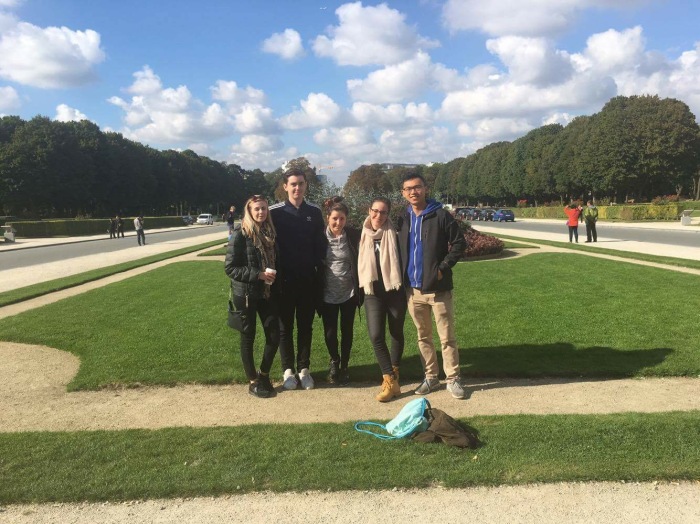 In the night time we met up with a few others, so there was a group of about 8, and we headed out to experience Brussels nightlife, which was the highlight of the trip. It was a v v very expensive night, but well worth it! We went to the biggest club in Belgium, ( I think).. It was massive anyway, and unlike any club I’d ever been to. We also did loads of sightseeing and nursed our hangovers with Belgian waffles and more beer the next day! The experience I had in this city was what gave it this placing on this list! 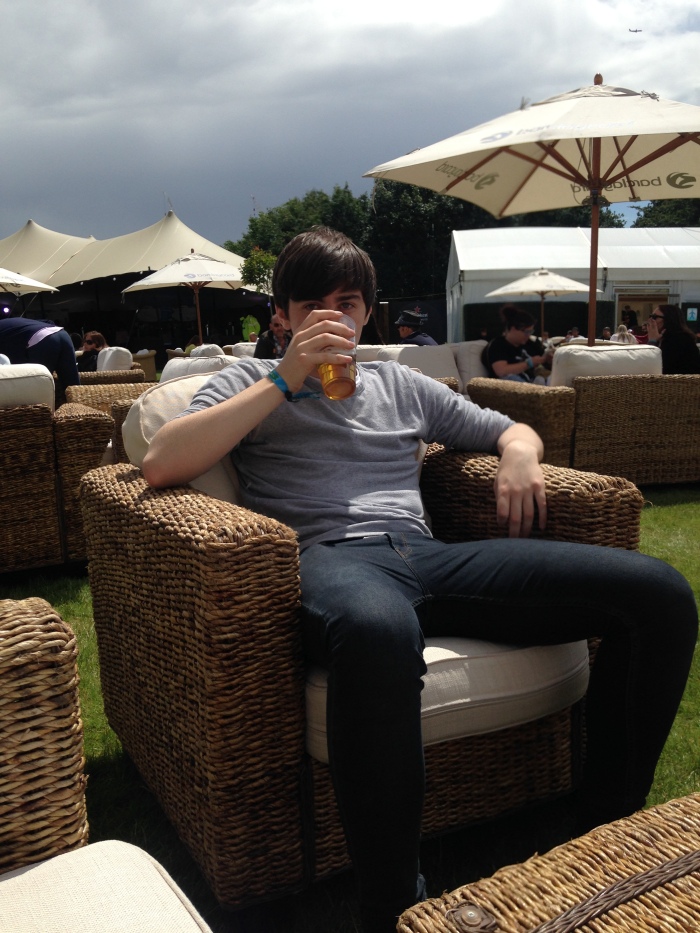 Ah, Home sweet home. I put London on this list, because truly, we are spoilt in England. London is a city which has it all. History, museums, galleries, nightlife, alternative spots and tourist friendly landmarks. Having spent so much time in this city, every new place I visit I kind of subconsciously compare to London. Now, I would opt to visit a new place every time, rather than another trip to London, but if I’m objectively comparing these cities, not through rose tinted travel spectacles, London is up there with the best of them. 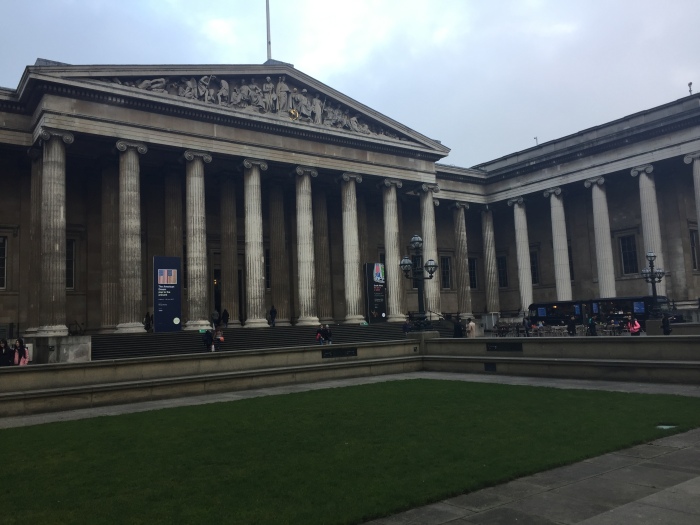 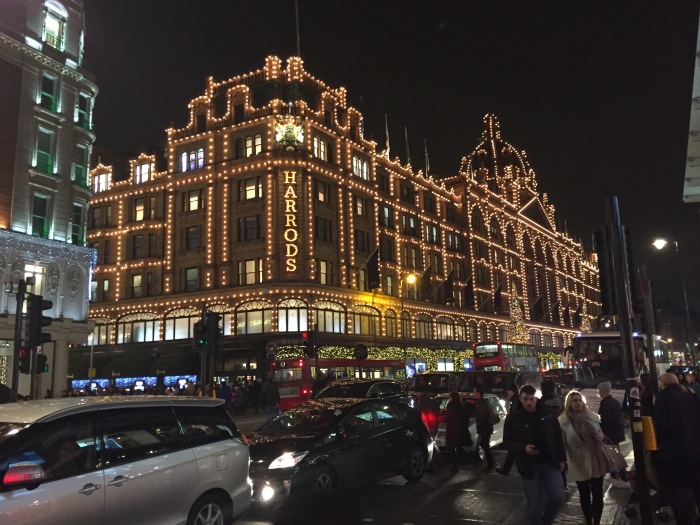 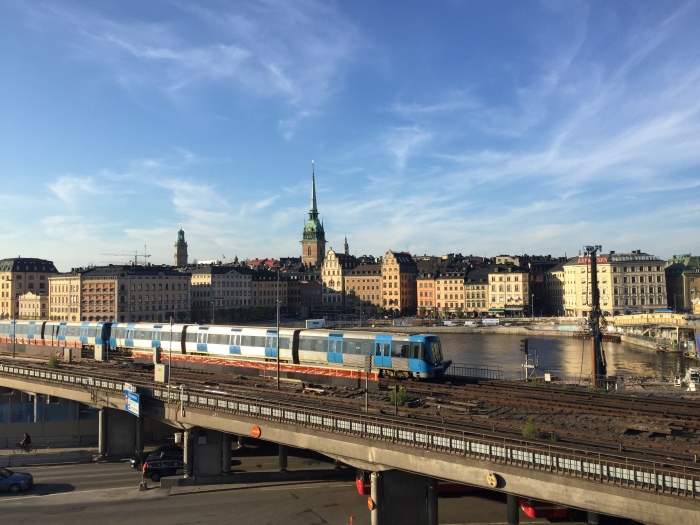 If you’ve followed my blog recently, you’ll have seen me wax lyrical about Stockholm quite a lot. I really do love it, and that’s why it tops my list. The water that separates all the cities islands create the most relaxing ambience throughout the city, and it feels so clean. Even in the alternative district of Sodermalm I didn’t see a single piece of graffiti, not even street art! The whole place is incredible, and I think it does match up to London in many respects. Museums, history, landmarks and good food and drink are all checked off the list. 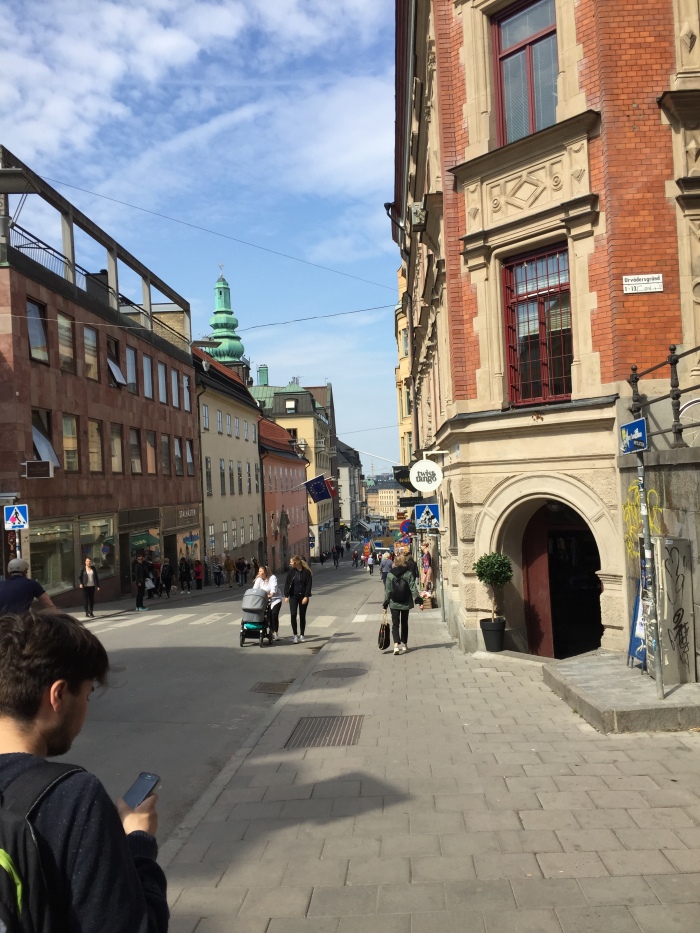 It’s a very relaxed place, and people aren’t in a hurry to get everywhere like they are in London. There just is something about Stockholm. Out of all the cities I’ve been to this year, this would be my number one to go back to. It’s also the only city where I’ve stayed out of central and had to get a train in, yet I still loved the trip, which I think says a lot! 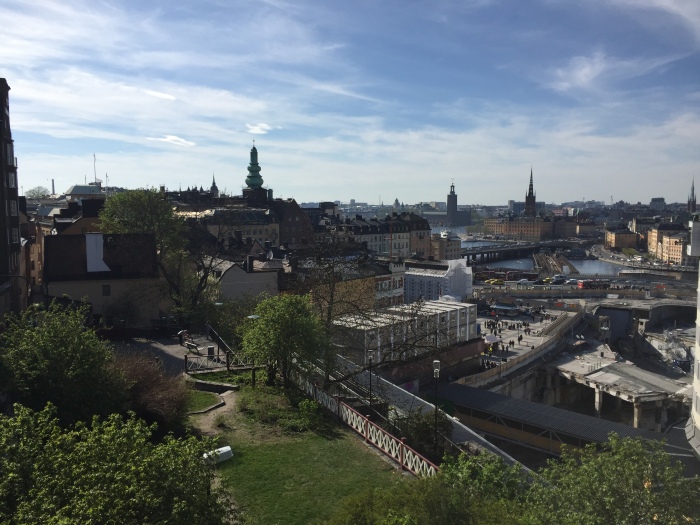 Honourable mentions also go out to Prague, Maastricht and Krakow, all of which could easily have made it on to the list if perhaps I’d written this post after looking through my photos of my trips there or something else to spark up the nostalgia! They’re all great places and I love Europe!

Thanks for reading! Please feel free to drop me a follow!