Recently I went home for a few weeks, hence the lack of posts recently, and I thought I’d share some of what I got up to, so this is a part one of my trip back home. 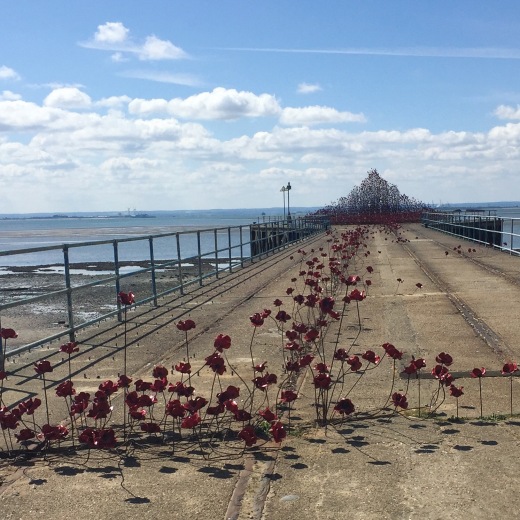 You probably saw that last summer thousands of hand crafted poppies decorated the Tower of London to commemorate those fallen in the First World War and in remembrance of all soldiers since. This year they’ve taken these very same flowers and toured them over England, specifically at places relevant to the army, and sculpted them in different ways at each place. Shoeburyness has an army barracks, so along a small pier the poppies make a giant wave. My photo doesn’t do it justice- it’s pretty massive, and from the side you can see the wave much more clearly. It’s a really cool piece of art and for a really good reason too.

I also went on a day trip to London Zoo, which despite being so close, I’d never visited before! I didn’t know before I went, but many of the larger animals, like Rhinos and Elephants were moved from London to Whipsnade Zoo, to give them more space, but London still has giraffes, lions, gorillas and much much more! It was a really nice day out, with great weather, and the zoo is a really pleasant one. The animal’s enclosures are all large and well kept. I heard that the gorillas would get agitated seeing people looking at them all day, so now the glass to see them is covered in giant leaves so you have to peak through to see them, and this shows that the zoo cares for the wellbeing of the animals more than making a quick buck. Whether you believe in zoos or not, you can’t argue that they are great for conservation and positive breeding programmes, so I never feel guilty going to a zoo. 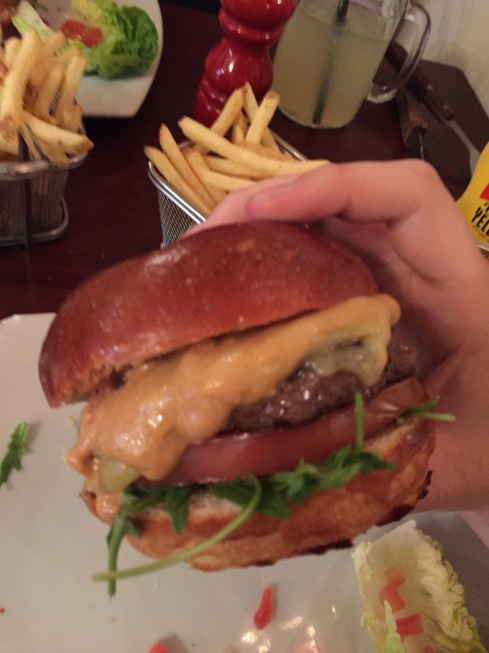 Camden is within walking distance of London Zoo, so we headed there after for something to eat, and stopped at Hache burger. It was delicious! I had a Louisiana burger, which had peanut butter in it! I’d never heard of such a thing, but my god, it was tasty. The restaurant itself was cosy and maybe kind of hipster, in a good way. I had a Hache Draught Beer with my food which was equally yum. 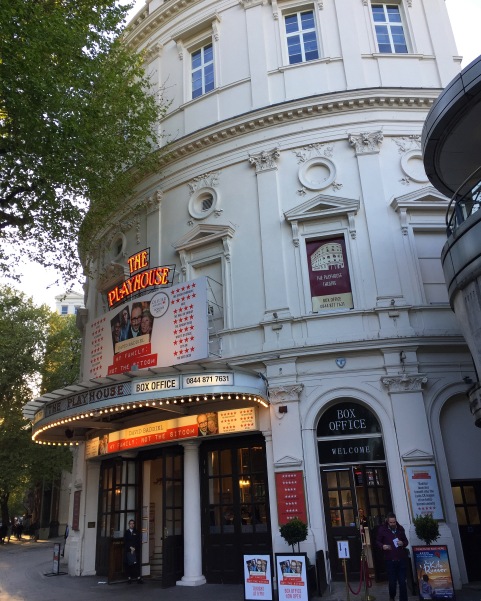 I won’t talk too much about this show, because I’ve already done a blog post on it which you can see here:

I didn’t post my couple of photos there though, and it was a really great show so it deserves another mention! The inside of the theatre had a really posh intimidating foyer, but was beautiful and delicately painted in the auditorium. 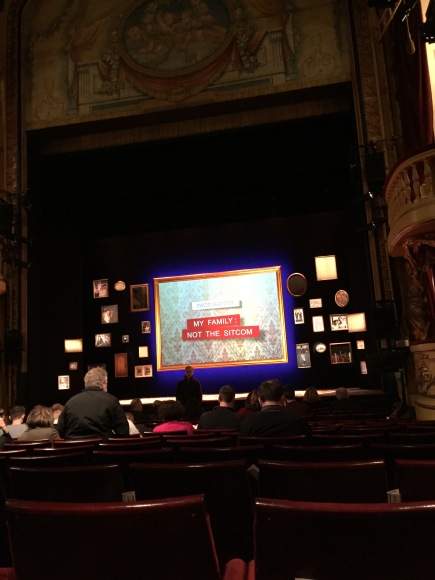