Rome is incredible. I’ve never been to a city where every turn of a corner leads to another treasure, to the extent where a fountain or church that would be centre of attraction elsewhere just simply exists. There is just so much to see, it’s astounding.

I arrived at Ciampino airport which was a bus ride away from the city centre. It dropped us at terminus (the central station) and this was super convenient because our hotel was a short walk from here. We stayed in the Domus Australia hotel which served a nice buffet breakfast and was ideally located. The Trevi fountain was only a 20 minute walk away, and from there everything else was close enough and this was great because it meant we could avoid the metro as much as possible. If you think London Underground is busy, think again! I wasn’t even visiting in summer yet it was rammed full! We arrived quite late so we wanted to eat locally, and ended up at a pizza place just opposite the hotel, and it was there I had the best pizza of my trip. I went for a sweet peppers and sausage pizza and it was soooo delicious! The food on this trip was fantastic in general, and throughout the week I had a delicious lasagne, copious amounts of amazing gelato and a sandwich from the top rated food place according to trip advisor which was so huge and cheap and tasty! 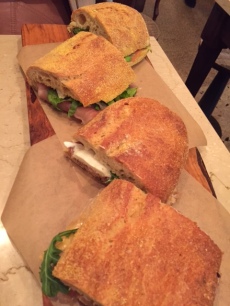 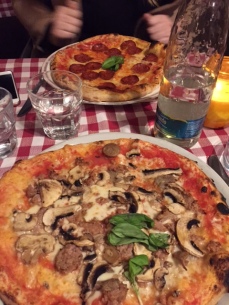 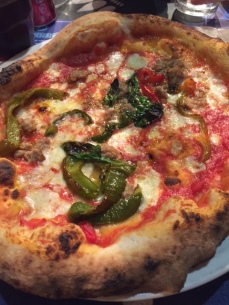 Day two involved a trip to the Colosseum, a word I always struggle to spell.. We’d prebooked tickets online so flew through the entry lines and enjoyed marvelling at the enormous structure. It’s so impressive, I feel it should be experienced by everyone at some point in their life. The ticket also included entry to the Roman Forum which is a load of Roman ruins which are equally as impressive, especially considering how old yet how in tact they are. I did the touristy thing and flipped a coin on to the tomb of Julius Caesar- pretty cool! We also explored a few other things on this day but, honestly, Rome is so vast and there is so much we saw I can’t possibly list it all! 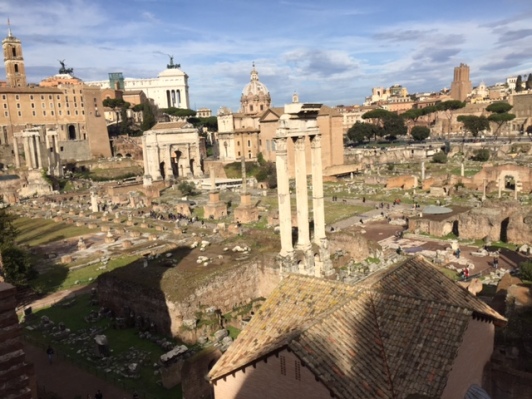 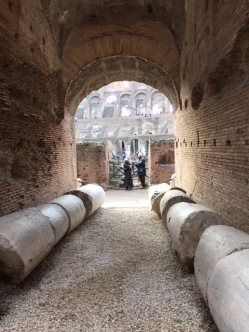 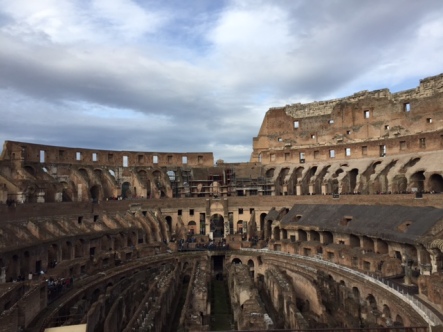 The following day we explored the central part of Rome further, enjoying the Trevi Fountain, The Pantheon and the Spanish Stairs, amongst many other things! The weather was perfect, nowhere near summer heat but there was no chill. In the evenings we would drink wine in little restaurants outside the Pantheon, fully absorbing the atmosphere- it was so nice! And one night we even saw an Italian period drama being filmed! Maybe I witnessed some Italian celebrities and I didn’t even know! 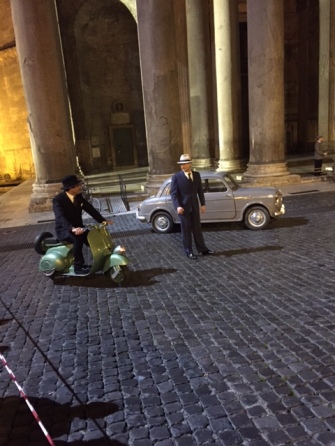 We finished our week in Rome off with a trip to the Vatican Museums, which blew me away with their sheer size. I had no idea that there was so much art in them and not just ancient pieces either! I saw works from Rafael all the way through to Salvador Dali! The Sistine chapel was as incredible as I thought it would be, with the classic paintings on the ceiling, and I left the museums so so satisfied. It was then a small walk round the walls to the outside of the Basilica in St Peter’s Square, where the balcony the pope addresses the world from is. We took heaps of photos before deciding not to queue to enter the Basilica as it was a huge wait and if anything we were a bit Basilica’d out! We decided to go and get some lunch instead! 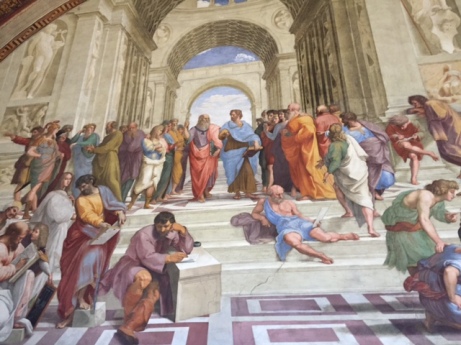 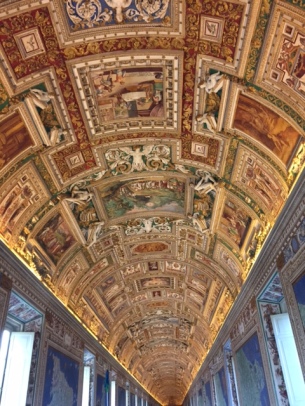 This may sound really flipping stupid but I have to shout out Italian McDonalds! Nutella burgers! Burger wraps! Parmesan blocks for dessert! It was a culinary experience in itself, and I do love a good Mcdonalds!

Rome was my first taste of Italy, and it was flipping awesome, but there were some negatives.. Firstly, Italian’s don’t seem to do service in restaurants. Now I’m sure this is just a cultural difference but you always feel a nuisance to the waiters, and then they expect a tip which you really don’t feel like giving. In one place we had a service charge added and then the waiter told us that he won’t receive that so please leave another tip. We thought this was ridiculous, we are students! So we paid what was on the bill and left quickly into the night! Secondly, there are just sooo many people trying to sell you stuff everywhere. From selfie sticks to bracelets, all of it crap. The vendors are relentless, they’ll try and force a bracelet on your arm! You have to give them no time of day!

But all in all the trip was fantastic and I’d happily go back to Italy to explore another city! Thanks for reading!!

3 thoughts on “A Week In Rome”